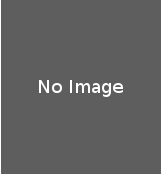 Satish Chandra Sinha was born in 1894 in Nantherbagan, North Calcutta.

He was showcased at the DAG Modern, New Delhi and at the Tao Art Gallery, Mumbai.

In 2013 he was posthumously exhibited in The Naked and the Nude: The Body in Indian Modern Art at Delhi Art Gallery, New Delhi. In 2017-18 he was showcased in Nudes: assorted works at Gallery 7, Kalaghoda in Mumbai.