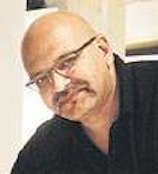 Atul won many awards:
In 1988 - 1990 Atul was granted a Tuition Waiver and the Best Graduate Painting Award by Northern Illinois University (NIU), Illinois in USA. In 1991 he received an award from Sahitya Kala Parishad. In 1994 he received the Honorable Mention by Lalit Kala Akademi, New Delhi. In 2009 he was granted Art Residency at IAAB Ateliers, Basel in Switzerland.